Leading Indian truck and bus manufacturer Ashok Leyland Limited, a Hinduja Group Company, has increased its stake in its UK subsidiary Optare Plc by 23.20% to 98.31% by conversion of its existing loans into equity.

“Optare is well known for its innovative bus designs and this is a reaffirmation of our Group’s continuing commitment to making Optare a premier bus player in the U.K. In response to anticipated needs in the UK and overseas, Optare will be investing extensively in the next generation of all-electric buses, utilising higher density batteries and delivering much improved range. These are expected to be positioned by early 2018”.

“The move secures the financial stability of the Company towards long-term growth”.

Optare’s President, Graham Belgum predicts a positive outlook for the UK based bus manufacturer next year despite challenges in the UK market,

“The Metrodecker EV completed trials successfully with First York and First West Yorkshire recently, the first trials of a new fully electric double deck bus outside London.  We are also seeing significant developments in export with orders being secured in Australia and New Zealand, including a major contract for 114 Metrocity buses for a major operator in New Zealand and several tenders under consideration in the Middle East.”

As part of on-going programmes, Optare continues to invest in further innovations in light-weighting to improve the efficiency of both their diesel and electric buses as well as in the development of Euro 6 low Carbon technologies. 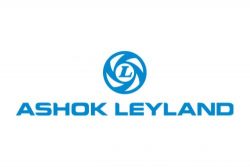