The first full-size battery-powered bus to operate at a UK airport – an Optare Solo – has entered service with Flights Hallmark on staff transfer duties with British Airways at Heathrow.

The 8.8 metre 25-seater is running between Terminal 5 and the British Airways headquarters at Waterside. With a daily distance covered of between 50 and 60 miles on flat terrain, the service is ideal for an electric vehicle and well within the range of the Solo EV.

The Solo EV’s zero tailpipe emissions will also support the airline’s environmental strategy by cutting around 20 tonnes of CO2 emissions compared to an equivalent diesel-engined bus.

Flights Hallmark, which has been pioneering land transport services at airports since 1913, has applied a distinctive ‘green’ theme to the normal British Airways livery. It will operate the Solo EV at its Heathrow base where it has installed an overnight charging point, enabling the bus to be charged using off-peak electricity prices resulting in an estimated daily ‘fuel’ cost of approximately £7, which is about half the cost of the fuel that an equivalent diesel bus would use. 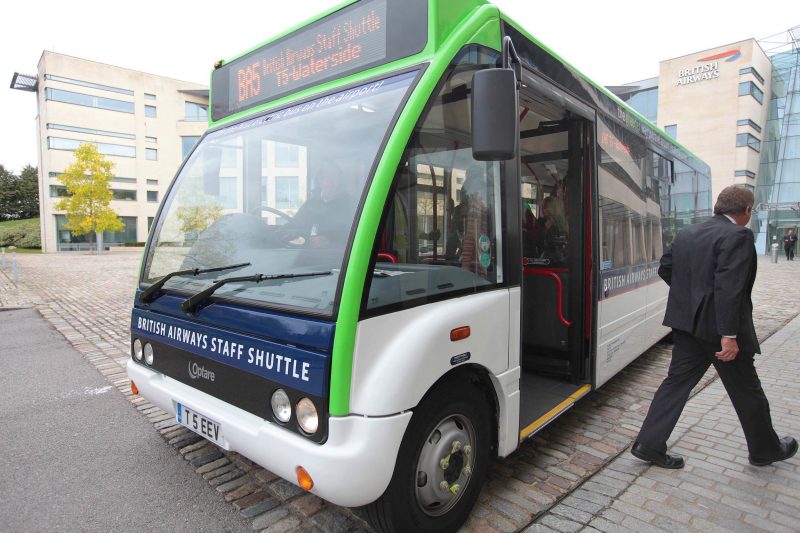