One era ends – and a new one begins

With production now in full swing at Optare’s brand new factory at Sherburn-in-Elmet, a major new chapter in the history of British bus manufacturing begins – while another ends as the gates at the company’s Crossgates works in Leeds are closed and locked for the last time.

Optare has been building buses at Crossgates since 1985, but the site’s history dates back to the early 1920s when Charles H Roe started the construction of charabanc vehicles on the eight-acre site. The company was soon building both single- and double-deck bodies and established itself as a supplier of high-quality buses to large and small operators in Yorkshire and the north of England.

Over the years the Roe business also built trolleybuses, articulated buses, coaches and a small number of trams. During World War 2 the factory produced over 650 utility bus bodies and also manufactured other specialised vehicles to support the war effort, including trailers for use as mobile map printing units which supported the D-Day landings.

The Roe business became part of Associated Commercial Vehicles in the late 1940s, and then part of what became the British Leyland Motor Corporation in 1961. However, a reduction in demand prompted Leyland to streamline its manufacturing facilities and the Roe plant was an unfortunate casualty. It was closed in 1984, but a group of former employees and managers saw an opportunity for a forward thinking, innovative company to take advantage of new potential in the deregulated market, and their efforts saw the business revived as Optare in 1985.

Optare quickly established itself as a style leader in the bus industry with early models such as the CityPacer, StarRider, Delta and Spectra. That focus on style has continued in the current range of Solo, Versa and Tempo. The Solo has been the most successful model in the company’s history, with over 4,000 in service, including hybrid and battery-electric versions. Total Optare output at Crossgates was just over 8,700 vehicles.

“Those who have worked at Crossgates over the years can take justifiable pride in their achievements,” says Jim Sumner, the company’s chief executive officer. “The factory has produced some of the most exciting bus designs to operate in Britain, attractive vehicles which are designed to encourage people to see public transport as a vibrant and high-quality alternative to their cars.

“As with any factory move of this scale there will always be a settling down period but our new facility brings with it an improved working environment for our team and allows us to streamline production and improve efficiency. We now have the ability to double our output, opening up new opportunities in both UK fleet and export markets, and we maintain a firm focus on the manufacture of stylish, reliable, high-quality buses to ensure that our customers can offer their customers, bus users, a top-quality service.”

The gates at Crossgates were finally locked this week by commercial director Chris Wise, who is Optare’s longest serving employee having started with the company at day one, and also working for the previous Roe business since 1975. 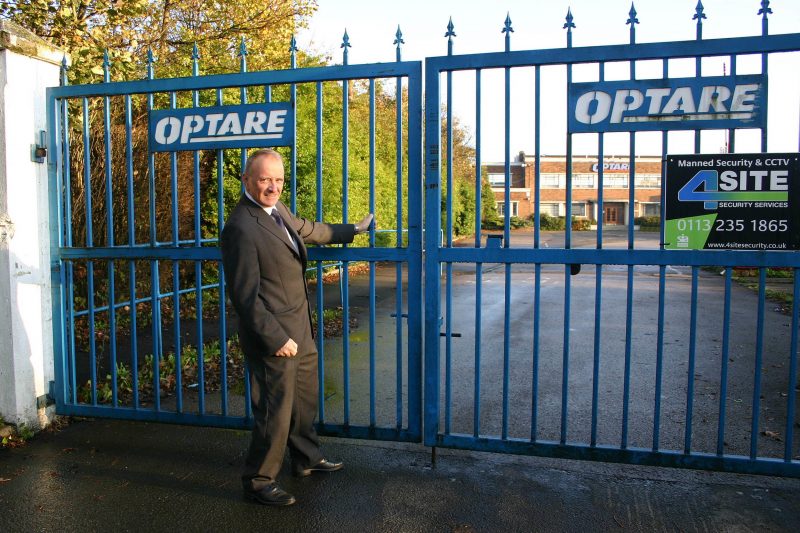